What is commonly known as “the mountain” is, in fact, a high plateau massif at 1300 meters altitude with reliefs, reminiscent of volcanoes, at over 1400 meters (puy de la Gudette, puy du Roussillon). Unlike other French mountains, it feels like you’re at the top of the mountain anywhere. Indeed, no peak dominates the landscape, and nowhere is the viewpoint higher than on the Aubrac plateau. In good weather, blurred on the horizon, can you see the Cantal mountain range to the north, and, in exceptional weather, the Pyrenees to the south.

Aubrac’s flora stands out in the humid soil of the meadows with changing colors: from the pink of the andromeda and erythrone known as “dog’s tooth”, to the yellow of the great gentian (from which the liqueur is made) and the Siberian ligular, passing through the blues of the Sudeten violet. At first glance, it presents vast hummocky pastures which are the mark of the passage of men with their cattle, however the landscape preserves many primitive forests, which in times past covered almost the entire plateau before the monks cleared it, but have since been protected

Beginning in the spring, the forest floor becomes brightly colored with flowers, with daffodils, orchids, irish spurges, pansies, narcissus, martagon lilies, purple prenanthes, solomon’s seal, gentian and nearly two thousand other species on the plateau. In fine weather the groves and meadows are the occasion to pick red currants, raspberries, wild blueberries, and elderberries; when in autumn, the undergrowth is rich in mushrooms and chestnuts. 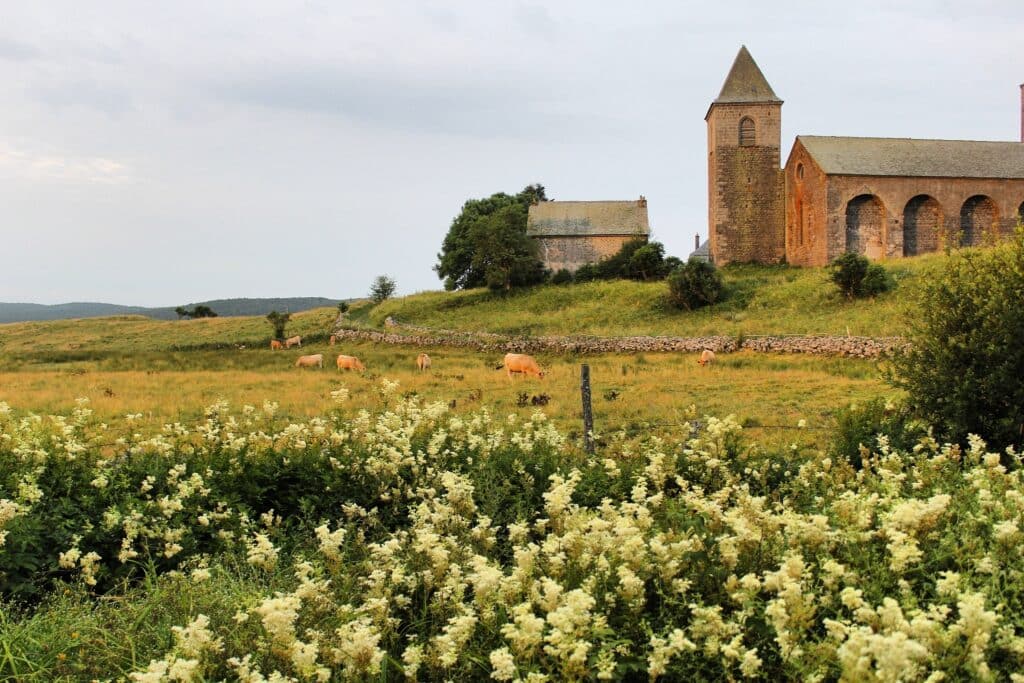 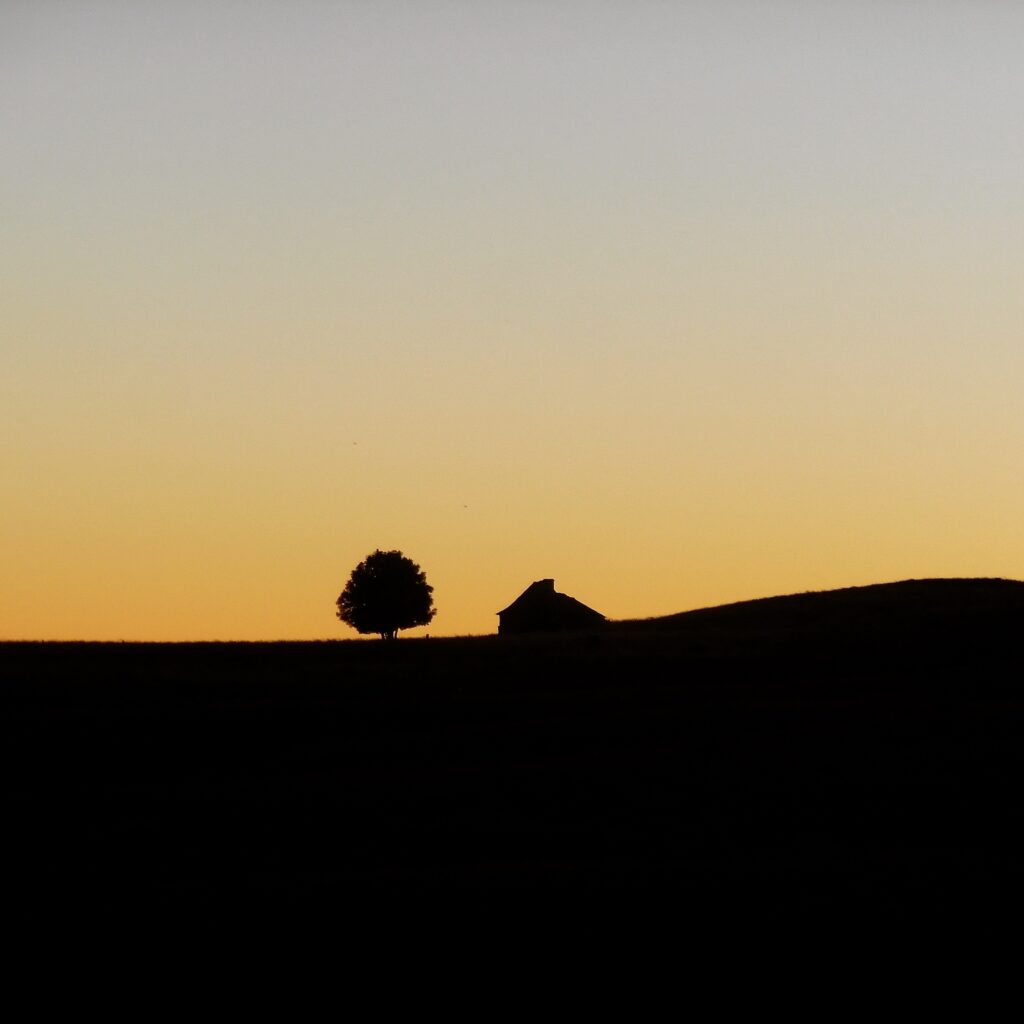 The plateau functions as a natural water tower, receiving the rains which then flow into the valleys of the Truyère, the Colagne, the Bès, the Narce and the Sèlves, all finally joining that of the Lot, then the Garonne, to the ocean… It is always amazing to think that, in the Atlantic Ocean, the waters of the Rio Grande mix with those of the limpid runoff from the springs and borealdes of the Aubrac plateau, with the numerous waterfalls where the sky is reflected in innumerable sparkles. The presence of water is very important, a reminder of the role played by the ice age in the formation of the massif. In the hollow of the meadows, the peat bogs are covered with flowers and, behind a hillock, an unsuspected lake can be seen on the horizon.

Artificial lakes such as that of Lac des Moines, less than an hour’s walk from the village of Aubrac, or natural lakes such as that of Saint-Andéol, a very ancient place of pilgrimage and celebration located after Nasbinals, and others which are completely frozen in winter, and which the snow wipes out among the meadows in the middle of the greenery, then when summer returns, these lakes make the blue of the sky shimmer.

The sky and water, therefore, maintain a close relationship here, in which all meteorological phenomena have a place, from snow to a rainbow, and in clear summer nights, the extent of the Milky Way and the constellations. This almost equal distribution of the landscape between earth and sky also makes it a privileged place to observe the flight of large birds of prey. 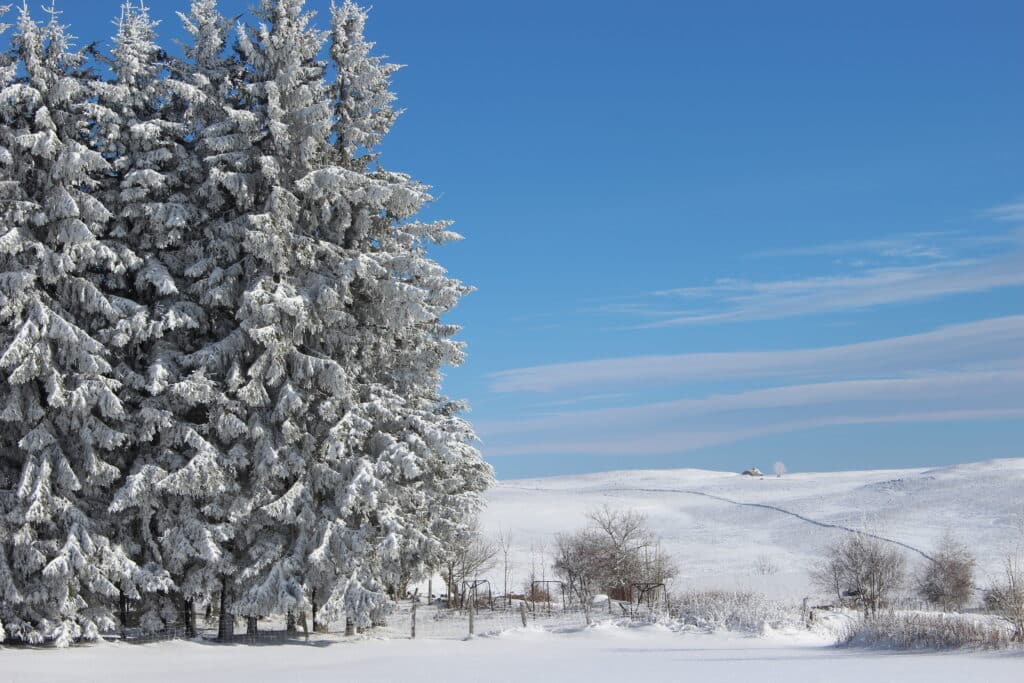 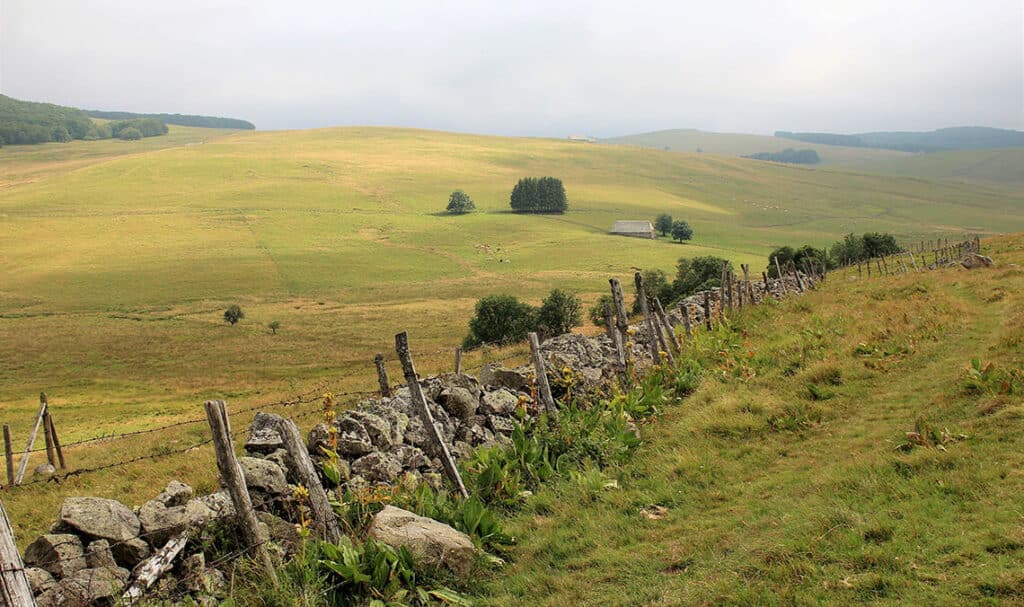 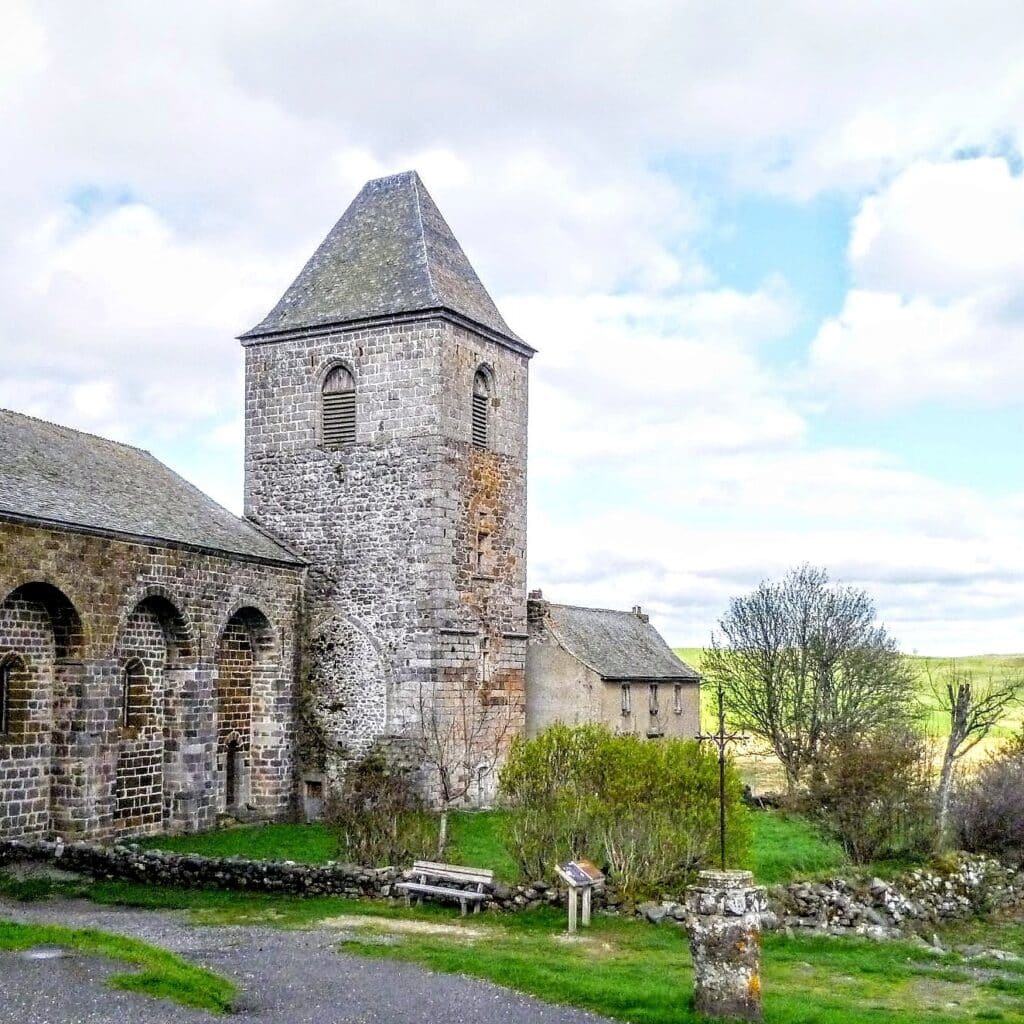 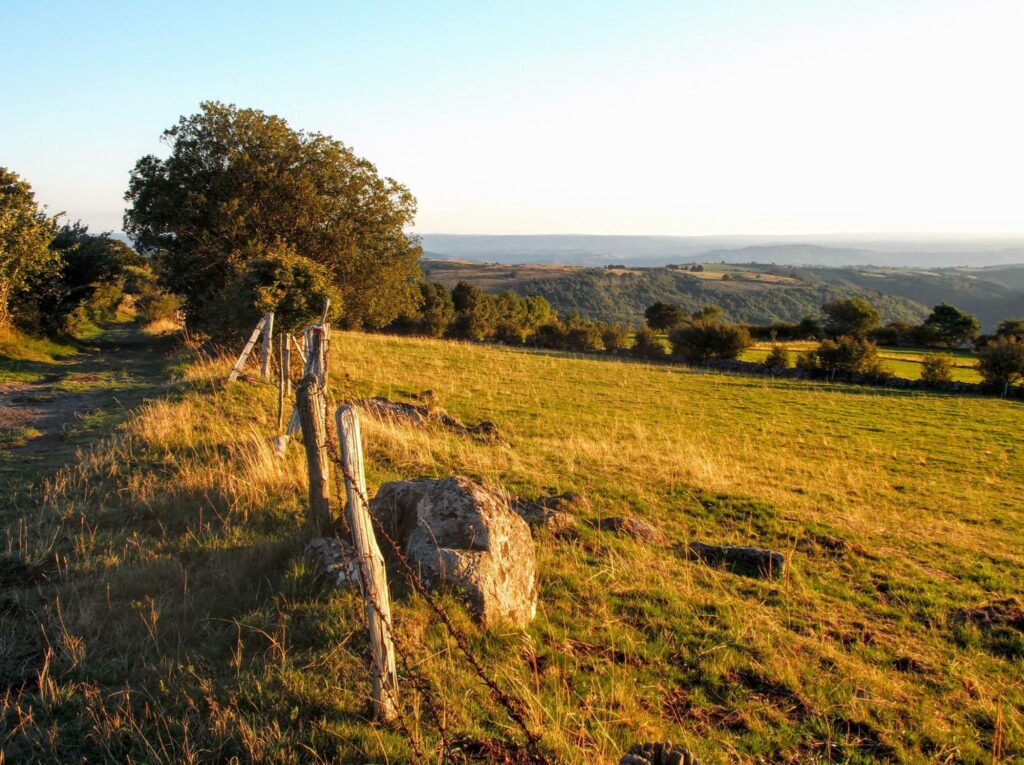